Unless otherwise noted, images and text are Copyright © 2019-2020 by Bill Stormont, All Rights Reserved.

Computer-based photography is the perfect breeding ground for buzz words and acronyms. Even DEET can’t protect you from RIPs, FTPs, PDFs, and DVDs loaded with TIFFs. Escape those pests and you run smack into Brave New Words trying to chew their way into the dictionary: how long before workflow makes the page next to work force?

I have come to detest “Actuations” (see also Clicks). This is the number of times the camera’s shutter has fired, and it wasn’t an important number to most photographers prior to digital bodies. Then, you appraised a camera by its age, appearance, and whether it worked smoothly or not.

Now, as photographers continually upgrade to ever-newer models, these shutter cycles have become Important Information. It’s often difficult to determine how a body’s been treated from the outside (blame the polycarbonates), but numbers are absolute. A camera with 10,000 shots on its counter becomes preferable to another with 15,000, and actuations sails virtually unnoticed into our vocabulary.

NOTE: For those who shoot with a Canon 1Ds (see also Antiques) and use the Mac OS X platform, you can find out the number of shots on your body with a program called Simple EXIF Viewer. I dropped a couple of JPEGs into this small application and discovered a wealth of information, including an accurate count of those damn actuations. Be sure to read the notes on the Web page, as the program may not work for all cameras.

At the time, Kodachrome slide film was an exciting new product, less than five years old.

When I began shooting slides in 1972 there was only one film I considered: Kodachrome. Since its introduction in 1936 in 35mm cassettes it had gained the favor of pros and amateurs around the globe. Sure, there was Ektachrome, which you could process yourself, and Agfachrome, and those green boxes were appearing in ever greater numbers, but Kodachromes possessed a saturated look unlike anything else that came across a lightbox or spun through a projector.

And then, in a relatively short time, Kodachrome was abandoned; not by Kodak, but by photographers who now preferred the E6 emulsions for their quicker processing turnarounds and fine details. The hare finally caught up to the turtle, and simply passed it by.

If you have a roll in the freezer that you’ve been saving, there is now only one lab in the United States that can process it. That’s right: one. Dwayne’s Photo, in the SE corner of Kansas, continues to offer the K14 process.

Seventy years is an amazingly long lifetime for a little yellow-and-red box. So, light up those candles, take a deep breath, and thanks for making so many of our wishes come true.

Chuck Berry, responding to a raucous audience who demanded he “turn it up” at a sold-out concert.

Chemical-based (film) photography is disappearing, headed off to join other recent technologies as cassette recorders and tapes that served us well but were in turn improved upon. For purists who cherish the snick of a Leica M3 shutter or the chunk of trays turning on an Ektagraphic slide projector, improved is a fairly dirty word, but computer-based (digital) photography is ascendant. Ask a photographer whether she shoots digitally and you’ll probably get a quizzical look: “Film? Oh, yeah, I used that.” I never met anyone who willingly admitted they voted for Nixon, either.

As we trade film for pixels, and darkrooms for calibrated monitors, it would be easy to discard hard-won experiences as we race to extoll a new way of working. But that is no way to treat an old friend in decline.

Here are a few aspects of film photography I’ll miss:

1. The tactile feel of loading film into the camera. Yes, a difficult operation under duress, but preferable to fumbling a tiny CF card into a slot.

2. The simplicity of the process. No software required.

3. The glow from a lightbox covered with transparencies.

4. Empty film cans. They were invented to put Other Stuff in, right?

5. The sociability of slide shows. People understood how hard you worked to get everything set up. While they waited patiently, they talked to each other.

5. Manual SLRs. With only a button-sized battery to power the meter, the world was yours.

6. Film tab holders. A small crutch on the back door of the camera.

7. Anticipation. On any shooting trip one didn’t know they’d nailed the shot until they were home and the film was processed. Commercial jobs utilized Polaroids for quick assessments, but still.

8. Surprises. The film came back from the lab today, and you did a better job than you believed possible! And their eyes were open!

What memories are you bringing to the Digital Age?

A well-written biography is a portal to different lives and times, and the best works evoke the character of both.

As I read Edmund Morris’s stout volumes on Theodore Roosevelt I wouldn’t have been surprised to look out the window and see a steam locomotive churn by, with the grinning President waving from the last car. I certainly heard the lonesome whistle.

The photographer Henri Cartier-Bresson befriended French author Pierre Assouline in 1994, and for five years their conversations were a bridge into another intensely private world. The resulting book is HENRI CARTIER-BRESSON, A BIOGRAPHY, translated from the French by David Wilson. The book contains a modest 25 illustrations, and none of the black and white photographs which HCB became famous for. If you’re seeking visual proof of “the decisive moment” here, you will be disappointed. What you will discover is a man on a lifelong search for those moments, and it is a determined course over many of the 20th Century’s most historic hurdles.

At times I felt I was chasing HCB down an alley; when I would lose sight, he would reappear in a different spot, always on the move. No doubt part of this is because I do not speak French; the places, politics, and people referred to in that language were largely lost to me. After a while I stopped pursuing in a straight line and skipped ahead…then backwards…and so on to the final chapter. In this it is like reading a book of poetry, another HCB passion. This is not a “photography” book but a testament to a person’s life vision and how they lived it, intensely and with character. 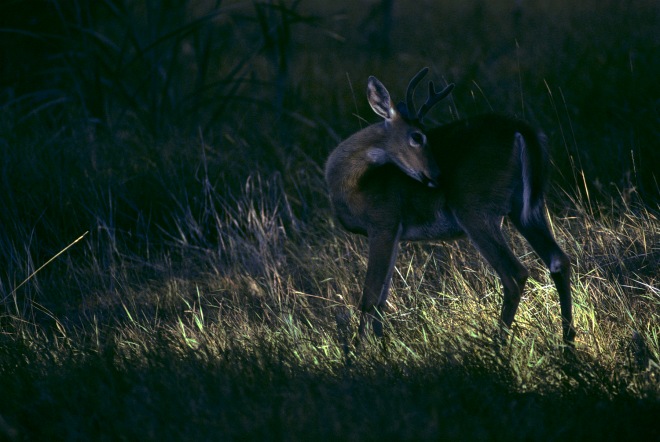 Hurrying north out of Idaho, Montana state Highway 93 gallops through the Bitterroot Valley to Missoula, then accelerates past Arlee, Ravali, St. Ignatius, Ronan and around Flathead Lake to Kalispell and on to Glacier National Park. Over the hot tourist months it is two-lane mayhem at its worst…sweeping curves, deceptive stretches of straightaway, and too many people in their hurry to see America.

Change your pace and exit this stampede at Ravali, about 50 miles north of Missoula. Turn west onto Highway 200; you’ll immediately cross a bridge over the Flathead River, and although you won’t suspect it, the hills bunching up on the passenger’s side are part of the National Bison Range. Motoring south from Glacier, angle west onto Highway 212 a short ways after Ronan and follow the signs.

A variety of habitats comprise the NBR’s 18,500 acres, from prairie land to forest, and you can experience most of these closely. A self-guiding one-way loop road traverses the hills before topping out at Red Sleep Mountain (on clear days, that’s Flathead Lake in the distance). Viewing the animals, especially the bison, should be done from your vehicle, for your safety and theirs. Walking is encouraged at the small ponds located near the Range’s entrance. Don’t underestimate the photographic potential there; the photo above was taken one evening as I drove out from the Visitor’s Center. Wildlife are often concealed in the tall reeds and cattails (whitetailed deer mostly), but I’ve encountered mink, muskrats, geese, ducks, and an unforgettable and inquisitive weasel on this short trail. (The latter answered the question “Why is a fish flopping in the middle of the path?”)

I was introduced to the NBR nearly 40 years ago; yet while the small communities around it are noticeably busier now, and yard lights speckle the Mission Valley nights, the bison herds still lumber up from Mission Creek in clouds of dust as they’ve always done, and the sun arcs slowly across The Big Sky, and if you forget you have to be somewhere else…your eyes may widen even as your heart rate goes down. 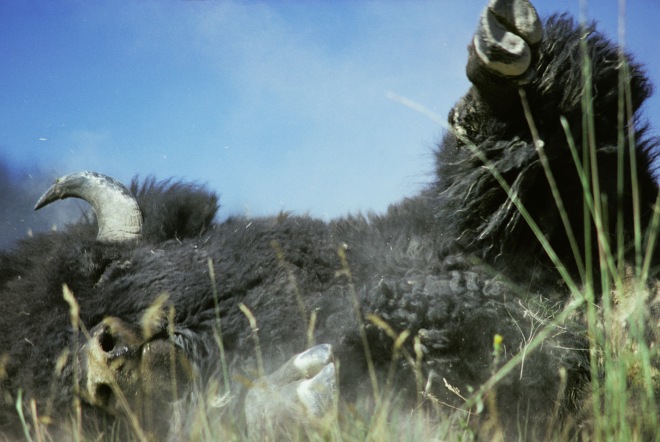